I attended Joseph Cornell: Wanderlust at the Royal Academy with ActionSpace in August.  We looked around the exhibition and then attended a workshop, creating artworks inspired by what we had seen.

I found the exhibition very interesting in terms of the work on display, and I also found it a real mixture.  Cornell is giving the viewer a real oversight on how he makes the work.  I found the exhibition explained how he gets his ideas and the way he puts the ideas together.  I also learnt more about his life and his general practice as an artist.  He collects various objects, which explain more about the work on display, and he gets the viewer to look very closely at the work and asks questions about some of the things you see which reminds me of the cabinet of curiosity theory displaying various objects from around the world.  Afterwards we did a workshop based on the work we saw in which I made a diorama.  The Royal Academy exhibition had in depth analysis of the artist in question. 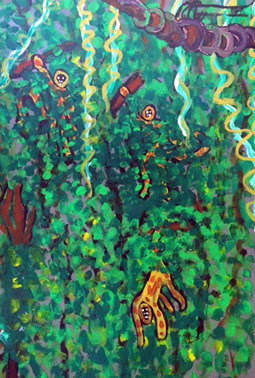